I feel like I’ve written about pretty much everything on this blog… so why not talk about fashion as well?! My boyfriend and I went shopping and spent way more money then we should have done! So here’s the result of 5 hours shopping.

*Disclaimer: I tried to take pictures of all the clothes but they were so wrinkly so I’ve got pictures off the internet of the stuff we bought. Sorry, but I have no time to iron stuff unless I have to!

The Friendship Algorithm T-shirt – For those of you who don’t know, this comes from a TV show called The Big Bang Theory where the main character tries to make a friend by creating a math equation. This sounds so boring, but actually it’s so funny and I would definitely recommend! Anyway this t-shirt is so cool, but as my dad so carefully said “People are staring at your chest whilst trying to read your shirt”.

Game Of Thrones T-shirt – I have just started watching Game of Thrones and I’ve binged watched the first three seasons 🙂 So of course I had to celebrate my new love with a t-shirt! I have also just watched “The Red Wedding” and I am developing a strong hatred for the author of this book and the director. Everybody dies. Literally everyone!!

Adventure Time T-shirt- I’m so, so sorry. I’m an Adventure Time fan. Basically Adventure Time is a really weird cartoon and I just think it’s fabulous. Can you tell I’m a bit of a nerd yet? (Is it just me, or does this picture look so awkward. What’s he doing with his other hand?!)

Skeleton Riding A Devil Horse T-shirt – How awesome is this?!

Wolf T-shirt- He got really excited because we’d just watched Game of Thrones and he wants to be Jon Snow 😛 That is the only reason he bought this! 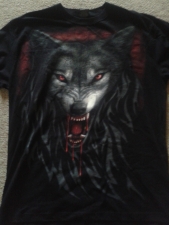 Dragon T-shirt – Can you see a theme here?! I’m pretty sure 99% of my boyfriend’s clothes are black!

Hobbit T-shirt – My boyfriend is obsessed with Lord of the Rings. But I’ve never actually watched it! I tried watching The Hobbit once but I fell asleep 20 minutes in- sorry Kyle!

Jeans (£9, Primark) and Marvel Socks (£4, Primark) – Whoever says Primark is trashy needs to eat these socks! Yep, my boyfriend is a nerd right down to the socks 😛

Game of Thrones T-shirt- The shop we went into had about 40 different Game of Thrones t-shirts. We were there for 15 minutes while my boyfriend picked up shirts, walked over to the mirror, then put it back. But he finally decided on this one and it’s pretty cool 🙂

And that’s it! As you can probably tell my boyfriend and I pretty much dress the same, and it doesn’t help that we own the exact same t-shirts so we’ve  turned up to so many places wearing the exact same thing. Now I think about it we dress the same all the time! Do people think we’re twins?! Oh well, this just means I have two wardrobes to pick from 😛 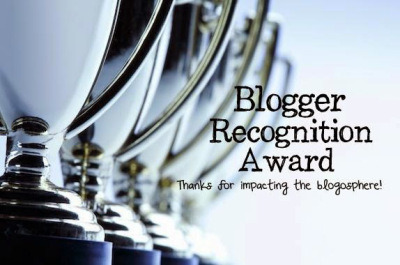